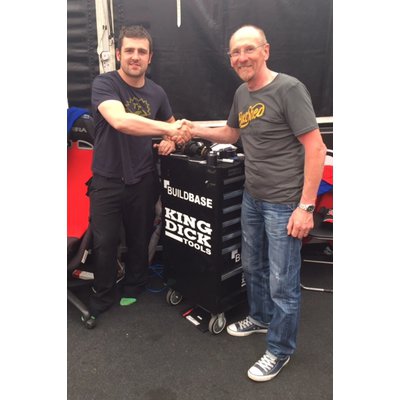 Last Saturday, Michael Dunlop became the first rider ever to lap the torturous, 37 3/4 mile Isle of Man TT Circuit in under 17 minutes, at an incredible average speed of 133.393mph. This fantastic achievement was made riding the Hawk Racing BMW, which is meticulously prepared using King Dick Tools, the teams choice for many years. We congratulate Michael and the team and eagerly await the rest of the TT races.